Voices of Empowerment: Women to Watch in 2022 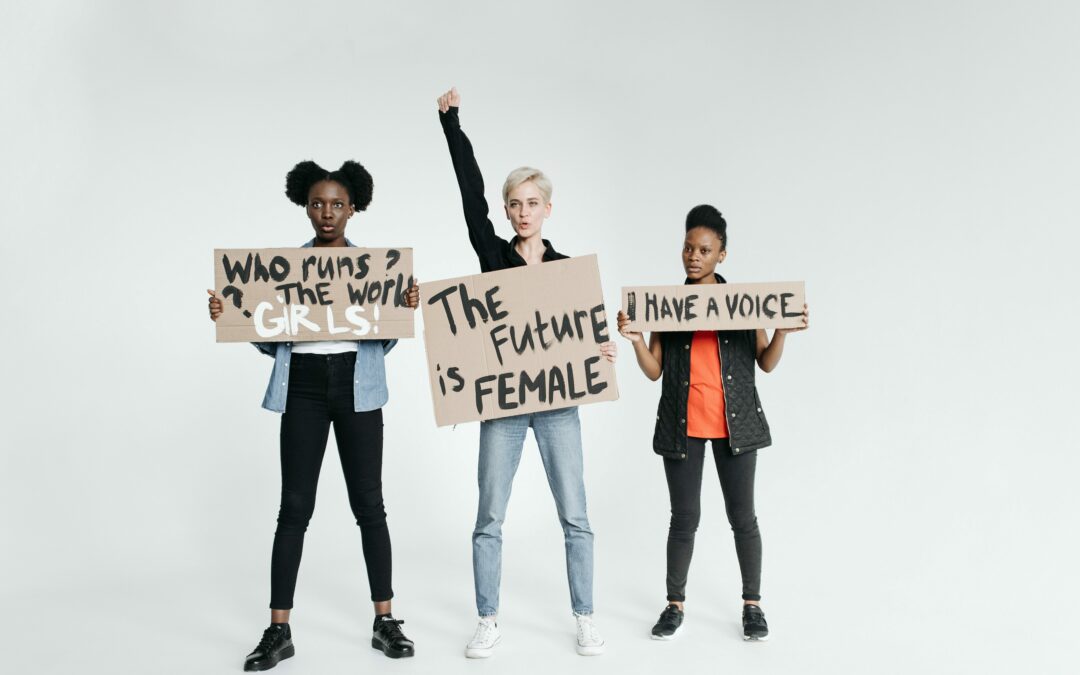 Role models matter, especially for women. Patriarchy and gendered stereotypes still have a significant impact in undermining the potential, capacity, and ambitions of millions of women across the globe. In a world where women are constantly confronted with predefined archetypes, numerous female powerhouses continue to shatter the glass ceilings of what is achievable for women.

To celebrate the closing of women’s month, Qrate is giving a nod to seven exceptional women in South Africa who are creating spaces for women to rise to greater heights.

Have you come across the Netflix hit show Blood and Water? Well, Nosipho is one of the leading geniuses that worked their magic in executing this South African series gold. Blood and Water is just the tip of the iceberg of Nosipho’s filmography credits as a director, writer, and executive producer. Nosipho is a trailblazing filmmaker who is achieving new feats of what it means to be a young black female director in the film and television industry. Being in an industry that often sidelines women of colour from taking the lead, Nosipho is the change that is bringing a fresh take in film-making in South Africa and beyond. Representation is extremely important to Nosipho because she never saw women of colour occupying the spaces she is in today. Today, Nosipho continues to pave the way for increased representation in front and behind the screens.

Driven by the ethos, “we are the ones we’ve been waiting for”, Farai has chosen the path to take matters into her own hands to be the change. Farai is a young feminist, pan-Africanist, and changemaker who is invested in creating brighter futures on the African continent through empowering the youth. As the Co-founder of Africa Matters Initiative and the Chief Partnerships Officer at YES (Youth Employment Services), Farai is committed to capacitating the youth to achieve their fullest potential through capacity-building means that aim to equip youth across Africa with the necessary skills, knowledge, and support to thrive.

Farai is creating waves with her strong leadership that continues to inspire, empower, and lead countless people from all walks of life. Farai is a testament that being a leader is not defined by age or position but rather by being an individual who is unafraid of growth and is committed to generating collective impact.

Thandile is an intersectional climate and social activist who is passionate about securing inclusive transitions towards sustainable development. As the Climate and Energy Campaigner at Greenpeace Africa, Thandile has continued to use her platform to be an outspoken advocate for the voiceless community groups that are often underrepresented in international and national climate change responses. Her work is focused on ‘leaving no one behind’ in creating socially equitable communities in South Africa.

Thandile’s work takes a feminist and intersectional approach that clearly indicates that addressing climate change needs a nuanced responses that address the varying contexts of different demographics across South Africa. To Thandile, everything is interconnected therefore, we need to collectively make intersectional solutions that will effectively shift the needle of socio-environmental development towards a morally just path for humanity and the planet.

Colourful, vibrant, and rooted are the words that describe Karabo Poppy’s captivating art. Karabo Poppy’s artistic creations have taken form in countless ways, from the walls of buildings to the design of your KFC bucket or shoes. The young artist has worked with the likes of global giants such as Nike, Google, and Apple – to name a few. Karabo’s journey to being a full-fledged artist has been a story of self-discovery, determination, and following one’s heart despite being confronted with uncertainties as a young black female artist. Karabo’s art has a visible and cultural imprint on contemporary African art and Afrofuturism. The Forbes 30 under 30 alumni, takes full pride in her African roots while continuing to use her art to support developmental programs across Africa. Karabo Poppy is an inspirational force for the next generation of young African artists. Karabo remains true to the movement of bringing African female excellence to a global stage.

Thembi is already making her mark as one of the greatest athletes in South Africa. Kgatlana is a professional football player who currently plays forward for Racing Louisville FC and South Africa’s women’s national team. The football star has represented South Africa at the highest levels in football such as participating in the Olympics, the FIFA Women’s World Cup, and the Africa Women’s Cup of Nations. Additionally, Thembi has received numerous accolades to her name including being the Best Player, Top Scorer, and Women’s Footballer of the Year in the CAF Africa Women Cup of Nations in 2018. A recent addition to Thembi’s astounding professional resume is being part of the winning Banyana Banyana team that won the 2022 CAF Africa Women’s Cup of Nations.

Discipline, sheer determination, and teamwork have shaped Thembi to achieve sporting greatness. According to Thembi, ‘teamwork makes the dream work’ in creating sporting excellence on the pitch. Thembi is both an inspiration and a symbol to many young girls that they can too choose and excel in professional athleticism.

Currently, women make up only 28% of the workforce in science, technology, engineering, and maths (STEM) however, women like Zandile are working towards overturning this narrative. As the chairperson and founder of GirlCode and EmpowerXx, Zandile is devoted to raising awareness, educating, and up-skilling girls in STEM. Through GirCode and EmpowerXx, Zandile and her team have been able to host the biggest all-female annual hackathons in South Africa; host monthly educational workshops on robotics that have impacted over 3000 learners, while providing internships and employment opportunities to university students at both of her organisations. The ripple effect of Zandile’s leadership and social entrepreneurship endeavours has been powerful, as it has opened the doors in accelerating numerous tracks for women to enter and flourish in STEM-focused professions and businesses.

Zandile is a firm believer in expanding opportunities that will uplift both the social and economic status of women. Her mission is to create a generation where women have a seat at the table in the creation and development of technologies in South Africa.

Last but not least is Qrate’s very own Candice Chirwa! Known as the Minister of Menstruation, Candice is a fervent gender activist, author, and thought leader on addressing issues that will empower the youth. Driven by the purpose to ‘Edulift’ the youth, Candice founded her award-winning NGO, Qrate to facilitate menstrual education workshops with the mission to dismantle menstrual misconceptions within society. Whether it is being a TEDx speaker, YouTuber, writer, or educator, Candice is known to exhaust all of her resources to ensure that the fundamental human rights of girls and women are addressed and met.

Candice’s voice has been influential in stimulating a mental shift in how we understand and view menstruation. This young activist is on a mission to better the future experiences of women, and there are no signs of Candice stopping.

These women on this list are truly exceptional individuals who represent the dynamism, excellence, and flair of women all across the board. As some say, seeing is believing, and these women are living proof that you are also capable. As women’s month is drawn to a close, remember that the movement towards gender equality still continues.

Girl child, you are limitless, worthy, powerful, and you belong anywhere you set your mind to.