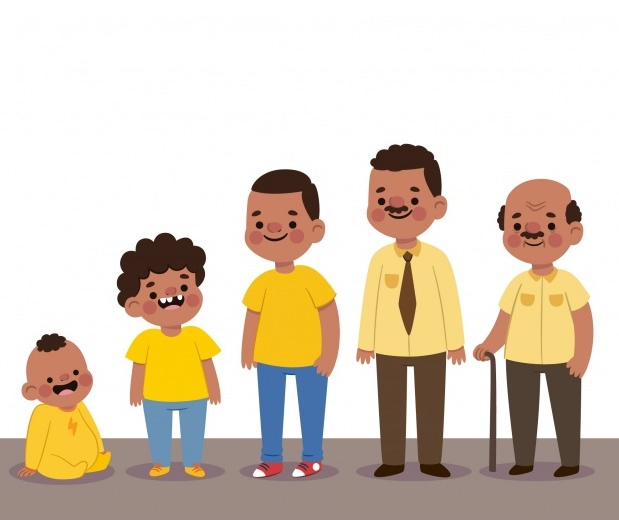 Father: “Nothing son, absolutely nothing.”

Food for Thought: What do boys in South Africa think about being boys today? What do they imagine is expected of them? Whom do they look up to and how are they navigating the transition from being boys to becoming men?

What does it mean to be a man? That a man does not cry? That a man provides and protects?

Maybe these are not the right questions.

But maybe this story will provide the right answers.

Andisiwe and Tshepo, a newly married young couple, are planning on having a baby. Tshepo wants a daughter but his aunts are adamant that his firstborn should be a boy, “to carry on the family name” they say. His uncles also insist that his firstborn must be a boy too, “to show that he is a man in the bedroom” they say.

On the other hand, Andisiwe wants a son for a firstborn and her mother agrees, “to please your husband and stop him from taking a second wife” she says. Her father would rather she has a girl, “girls always remember home and their mothers’ she will look after you, well into your old age” he says.

Ever wondered why those who imagine about having children prefer certain sex over the other? The story of Andisiwe and Tshepo can help us see what it means to be a man, an object and symbol of multiple complex expectations. Does being a man born in a patriarchal society mean the same as in a matriarchal one?

Andisiwe and Tshepo finally have their baby boy who wailed at birth which made the nurses on duty celebrate. Baby Mandla kept his parents up at night crying in between feeding and nappy changing times, he also laughed a lot each time he was picked up.

Being held, sung to, kissed on the forehead and talked to made baby Mandla giggle endlessly. The affection Andisiwe and Tshepo gave to baby Mandla made him smile each time he saw his parents. Baby Mandla grew into a strong and healthy boy child who always ran into his mom and daddy’s arms each time they show up home back from work.

Mandla had to learn that one had to control his emotions, if necessary, deny them in order to put up a show of bravery as any sign of weakness is frowned upon. Such lies we put up with. The toxic part about this is that boys are raised to be men who struggle to acknowledge and express their feelings in the name of bravery.

We fail to see that heroes and saints are people who experience fear, have weaknesses and are also ordinary. The idea of a man being one with everything under control, unlimited strength and all the other stereotypes of being macho are a big ask. If anything they set males up to fail, to fail at being who they truly are as individuals.

Furthermore, according to the South African Human Sciences Research Council (HSRC), estimates that 60% of children have absent fathers. The impact of the lack of absent fathers or positive father figures has an impact on the development of the boy child’s perception towards manhood.

Luckily, Mandla is part of the 33 percent of children who are born and raised in a household by both parents.

Now, how do we break this down for kids to begin to see toxic masculinity in the area of emotional intelligence? How about a drawing and coloring activity on how your favorite food tastes? Getting kids to begin to think about the qualities they like in something like food and giving them a language to express it, in this case, drawing and coloring. From food then taking it to appreciate people and creating gifts for family members and or friends.

Toxic masculinity hampers emotional intelligence. It encourages a limited view of what a man is and even has an impact on intimate relationships. The sad part of this is that some females, those who help raise the boy child, take an active role in socializing them into toxic masculinity.

“Children are regarded as a gift, yet at times boy children are considered an investment whether for family name purposes or not.“

So, what does it mean to be a man?

Again, nothing but allowing your boy child to express his individuality for himself. Figuring out the rules of masculinity and trying to live up to them is part of every boy’s childhood. Most boys find the test of masculinity scary and hard to pass.

Perhaps the test should be that boys should be allowed to be themselves and not constantly measure themselves against the societal standard of masculinity. This is an invitation to shift from living life and raising your boy child based on what people will say, “abantu bazothini?” towards what is best for your boy child.

It is important to talk to boys about the reality of gender expectations and help them figure out how to negotiate this problem. If a little boy is struggling to feel adequately masculine by acting tough, it’s not helpful to criticize or mock his interests. So instead of teaching the ills of toxic masculinity, we should instead instill a culture of positive masculinity – that is freeing the burden of societal expectations on the young boy child.

Remember that each child is unique and requires a tailored approach making it impossible to expect your boy child to go through life with the burden of trying to be a certain man who only exists in societal expectations.

Part of parenting is being great stewards of who our children are born to be, acknowledging their strengths, weaknesses and potential then guiding them towards who they are wired to be. Early Childhood Development and formal education, in part, help with this yet the validation, approval and shaping the boy children into what being a man start from home.

So we have decided to create a few tips for challenging gender stereotypes in the home:

Back to the story of baby Mandla, it takes a village to raise a child. Until we, as a society, grapple and engage in open dialogue on notions of masculinity we will continue down the toxic avenue. Change begins with you and it is possible to raise children aware of positive masculinity tailored for each child to be themselves.

Traver is a photographer and brand culture design art director founded on creativity, passion and skill for highest possible results.Photography is more than a job for him, it is an expression of life. Having over nine years of technical and management experience as a Production Designer, he now focuses on brand strategy and inspiring brand culture.

No comments to show.